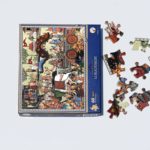 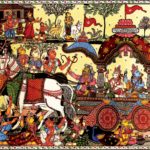 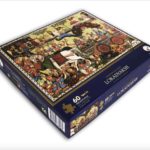 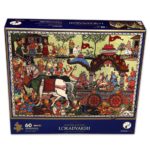 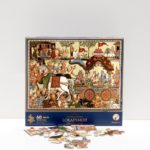 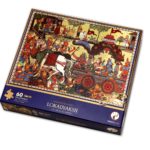 This painting tells the story of Krishna’s departure from his home in Vrindavan to Mathura, where he has been called to attend to his royal duties. Here, he is seen seated in the chariot with his brother Balarama. The charioteer Akrura is ready to start the journey. The People of gokula are excruciatingly pained to see Krishna leave, they try to block the passage of the chariot. Some of them try to hold the horses back, while others attempt to block the wheels of the chariot from rolling on. While some try to hold back Akrura, others are enveloped in their sorrow and weep standing alongside the path.

There are no reviews yet.

You've just added this product to the cart:
BOARD GAMESNEW