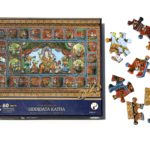 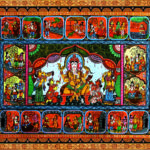 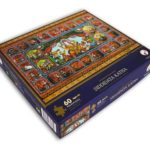 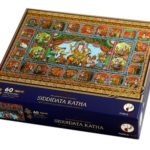 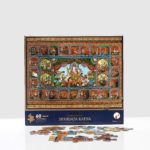 This painting shows some of the important events of Sri Ganesha’s life, from Parvati creating him with her own hands and bestowing life into the form, to his blocking the path of Shiva when entering Parvati’s abode, severance of his head by Shiva, the pacification of an enraged Parvati and the dispatch of the Ganas (Shiva’s followers) to bring the head of the first living thing they encounter in the northern direction. The replacement of the elephant head and life being bestowed, which brought Ganesha back to life, an overjoyed Parvati embracing the elephant- headed boy are depicted in the frames of this art piece.The elephant headed boy is named Ganesha by Shiva.

There are no reviews yet.

You've just added this product to the cart:
BOARD GAMESNEW